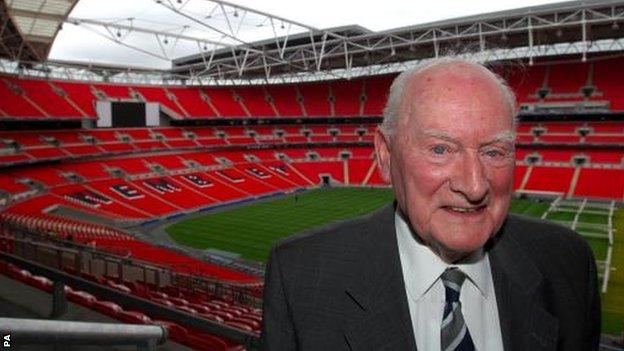 The Football Association has confirmed there will be a minute's applause before England's friendly against Denmark in memory of Sir Tom Finney.

Finney died at the age of 91 earlier this month, with his funeral taking place in Preston on Thursday.

Both teams will wear black armbands for the game on 5 March, with Finney's family invited to attend.

Denmark will also honour Richard Moller Nielsen, who coached the national team to victory at the European Championship in 1992, before Wednesday's match.

Finney played in the infamous 1-0 defeat by the United States at the 1950 World Cup and went on to represent England at both the 1954 and 1958 tournaments.