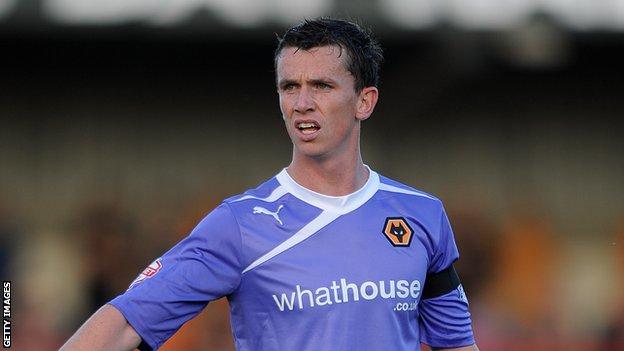 Blackpool have signed Republic of Ireland defender Kevin Foley on a one-month emergency loan from Wolves.

The 29-year-old right-back has made 213 appearances for Wolves since moving to the club from Luton in August 2007.

But he has played only seven times this season and goes straight into Blackpool's squad to face Watford.

The Seasiders have not won any of their last 15 league games and are 18th in the Championship table after Saturday's defeat by Birmingham.

"Kevin hasn't done anything wrong to be honest - it is just players are ahead of him," Wolves boss Kenny Jackett told the club website.

"This is a good move for him and a fresh start to get out playing which suits both him and Blackpool."

Meanwhile, caretaker manager Barry Ferguson has confirmed that Blackpool will not be offering a contract to 24-year-old American Freddy Adu, who has been training with the club.