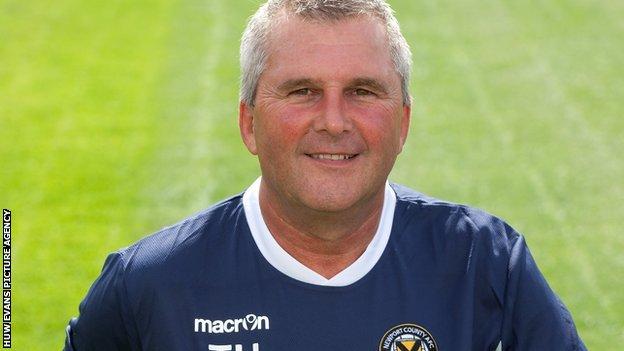 Tim Harris has been reappointed as manager at Gloucester City.

The 54-year-old former Tigers goalkeeper was in charge at Meadow Park from 2006 to 2008, before becoming general manager at the club.

He has been director of football at Newport County for five years and previously managed Merthyr and Forest Green Rovers.

Harris succeeds his former assistant Dave Mehew, who was sacked as Tigers boss on Saturday.

Gloucester are third from bottom of the Conference North table and six points from safety.

Harris told the club website: "I left in 2010 to finish a job I had started at Newport and I have done that now, contributing to two promotions and two Wembley appearances in the space of three seasons.

"But I retain an absolute passion for Gloucester City and having completed the job I set myself at Newport, I am keen to drive City forward now.

"I have come back with a burning desire to see the club successful on and off the field."