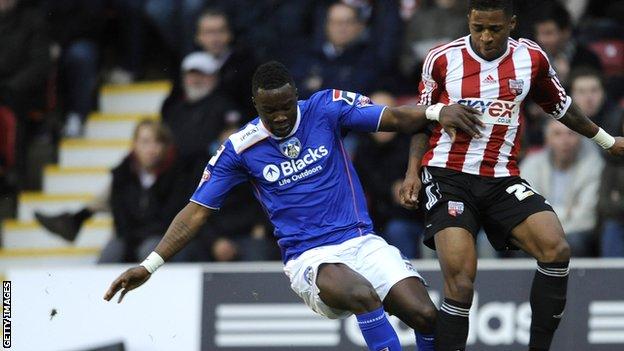 Oldham may be without defender Genseric Kusunga for around six weeks after he suffered a thigh injury in training.

The Swiss-born Angola international, 25, joined the Latics in September and has scored twice in 25 appearances.

"It's very disappointing because I like him a lot," Oldham manager Lee Johnson told the club website.

"He's going to be out for a good six weeks probably, which is a disaster because he's an important player for us. It's not ideal but we soldier on."

Meanwhile, captain Korey Smith is expected to return against Tranmere on Saturday after missing the last three games with a knee injury.