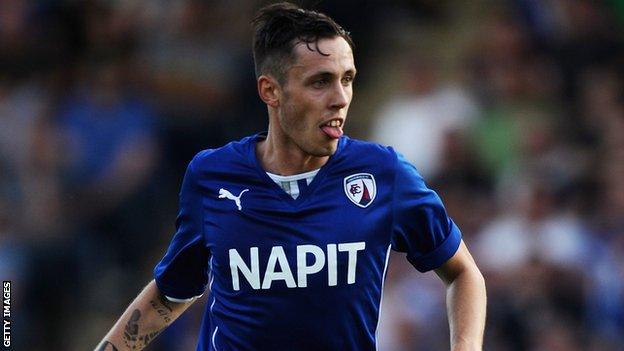 Chesterfield winger Jamie Devitt will stay on loan at fellow League Two club Morecambe for the rest of the season.

The 23-year-old has featured four times for Jim Bentley's Shrimps since moving to the Globe Arena, initially for a month, in the January transfer window.

But Devitt will miss Morecambe's next two matches through suspension.

He was sent off for violent conduct in the 1-1 draw at Exeter on 18 February and will not be available to face either Plymouth or Southend.