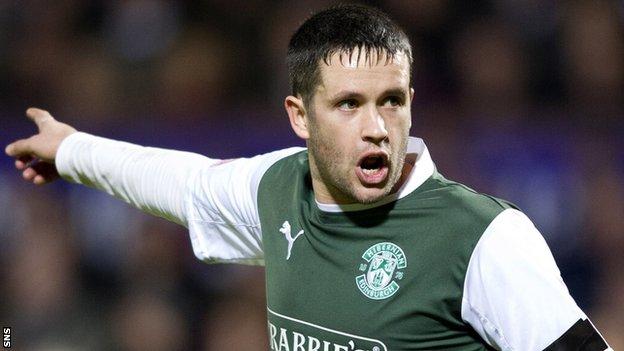 and Tam Scobbie has been ruled out for the rest of the season with a similar injury.

Former Kilmarnock and Motherwell player Clancy was released by Hibernian in January.

"Frazer has still got swelling on his ankle and we haven't got a time frame but I would say it's a minimum of four weeks," Manager Wright explained.

"Tam Scobbie unfortunately needs an operation and will get that next week, and he will be out for the rest of the season.

"It's bad news but we do know he will be right for next season.

"It's a common enough injury but it was a bit freakish how it happened because nobody was near him. As he was running, the way he put his foot down has caused this injury in his ligaments."

Clancy, 29, is an experienced Scottish top-flight player while fellow Irishman Spillane, 24, lists Norwich City and Brentford among his former clubs.

"We can't go with four defenders for the rest of the season," added Wright.

"The only other fit centre-back is Ally Gilchrist, who has just played under-20 football.

"If need be we will use him but I think it would be remiss of me if I didn't bring somebody in going into such a crucial part of the season. We are looking at one or two options and will then make a decision."