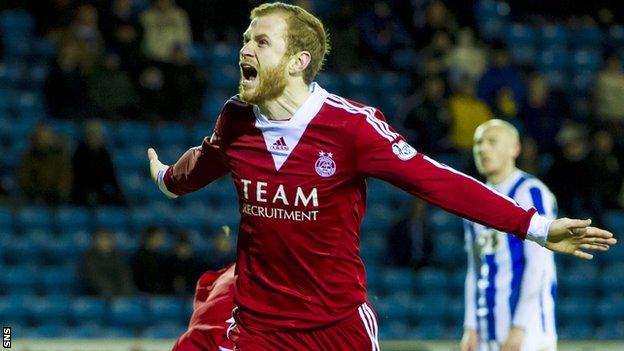 Aberdeen defender Mark Reynolds has signed a contract extension to keep him at Pittodrie until 2018.

"I had no qualms about signing an extension as there's a real feeling the club's heading in the right direction," he told the club's website.

Dons boss Derek McInnes added: "It wasn't necessarily an urgent piece of business but it's an important one."