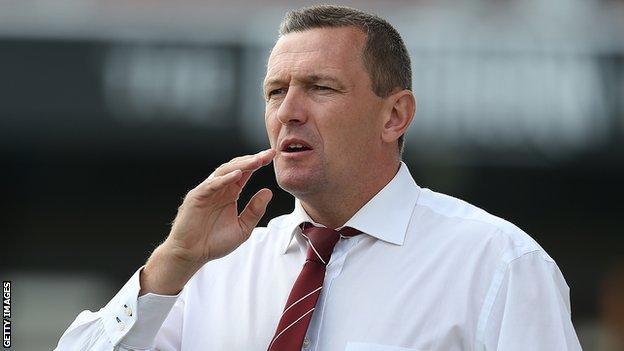 Boothroyd was sacked as Northampton Town manager last December, with the club bottom of League Two.

"I'm excited by this opportunity - youth development is where it all began for me," he said.

"Just two months ago Boothroyd was sacked by Northampton Town - at the time the worst performing club in the top four divisions - but England Under-21 coach Gareth Southgate has been impressed by his work at youth level at a number of clubs since taking his coaching badges 20 years ago."

"I have taken on aspects of that into my management. That love of coaching and developing players has kept going."

Boothroyd's first assignment will be to join up with Noel Blake's Under-19s as they prepare to take on Turkey in Chester next Wednesday.

The game is part of their preparation for the elite round of the Uefa Under-19 European Championship qualifying section, which England host in May.

Boothroyd joins the FA after a coaching career that started at the Peterborough United academy, and includes spells at Norwich City and West Bromwich Albion, where he worked alongside Ashworth.

He became first-team coach at Leeds United in 2004 before going into management in 2005 with Watford at the age of 34.

Boothroyd, who led the Hornets to the Premier League in 2006, has also managed Colchester United, Coventry City and, most recently, Northampton Town.