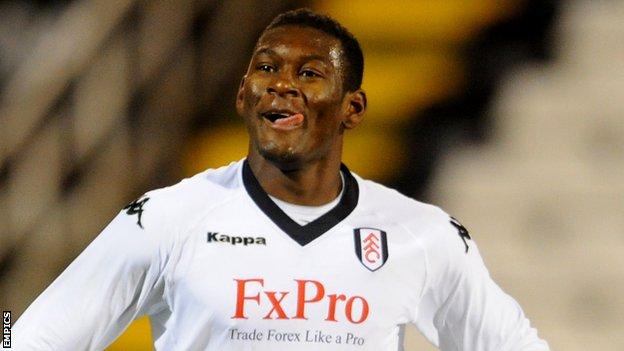 Pierre, 21, is a former Fulham youth player and has made three appearances for the Bees - all in cup competitions.

Boss Gareth Ainsworth has brought in the centre-half to cover for the injured Gary Doherty.

"He's a centre-back who can fill in at right-back if necessary. He's very strong, senses danger and is a no-nonsense defender" Ainsworth said.

"He can be a threat in the opposition box as well and he's very much in the Anthony Stewart mould.

"He's a quick, powerful and young defender - he'll add to the squad," he added to the club's official website.

Pierre could make his Wycombe debut in Saturday's game at Southend.