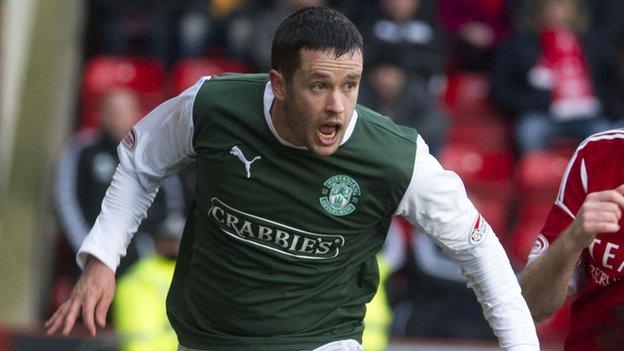 Clancy, the 29-year-old Irishman who left Easter Road in January following an injury-hit 18 months, has signed until the end of the season.

Fraser Wright will be missing for at least a month, while Tam Scobbie faces an operation next week.

With Scobbie ruled out for the rest of the season, Clancy joined Saints for training on Thursday along with former Cambridge United defender Michael Spillane.

And Wright has made a swift decision to sign Clancy, who could now be involved in the Scottish Premiership fixture at Aberdeen on Saturday.

Steven Anderson, who had a three-month absence with a dislocated thumb earlier in the season, is determined to overcome the loss of fellow defenders Wright and Scobbie and push for a top-six place.

"They are big players for the team," Anderson said. "We have had quite a few injuries defender-wise.

"It's not like us, we are usually not too bad for injuries. They are freak injuries as well.

"It's frustrating for the team, plus the boys who are injured as well. But we have good medical staff and they get back you back as quick as possible.

"Sometimes it happens in football. It's frustrating, you want to get everyone back playing but there is not a lot you can do.

"We have coped well, but we want to improve every year. We finished third last year, but even top-six would be a reasonable finish and hopefully we can get a cup run."