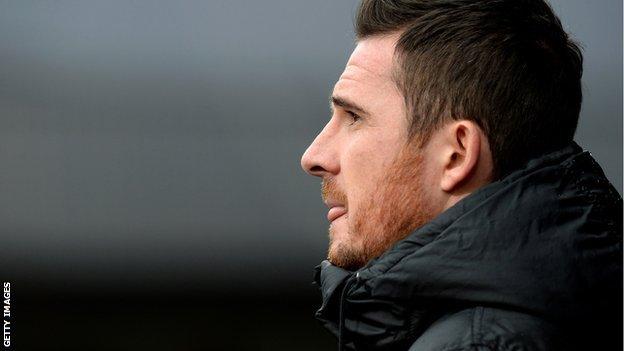 Grabban was brought down by goalkeeper Matt Gilks in the second period and converted the subsequent penalty for his 14th league goal of the season.

Blackpool's Stephen Dobbie had earlier forced visiting keeper Lee Camp into a smart save from distance.

Chris Basham and Isaiah Osbourne also went close, but Blackpool could not score and have not won since November.

Blackpool since start of December

Their awful run has seen them slip to 19th in the table, six points clear of the relegation zone, and caretaker-manager Barry Ferguson remains without a win.

In a scrappy contest, his side did not do enough to warrant ending that run despite Dobbie offering early hope when his stinging shot was pushed clear by Camp.

Dobbie, in his third loan spell with the Seasiders, then got in behind the visitors' defence, but his ball across the six-yard box could not find a team-mate.

Grabban seized his opportunity three minutes after the break when he ran through on goal and was brought down by Gilks just inside the area.

He fired his spot-kick low to the keeper's right, the goal proving enough for Eddie Howe's side to build on their 5-0 thrashing of Doncaster last week.

"I'm disappointed and I'm angry. I can only do so much in terms of preparing them right and training them right. At the end of the day they need to go out there at three o'clock and produce.

"As weeks go on, the pressure is getting bigger and bigger, can they handle the pressure? I don't know. They will need to start showing me they can, and that's a worry for me."

"The last two games for us have been huge and we knew this was going to be a tough game.

"We were under no illusions, despite their long wait for a win we knew they would give everything to turn their season around and I think it made it a cagey affair.