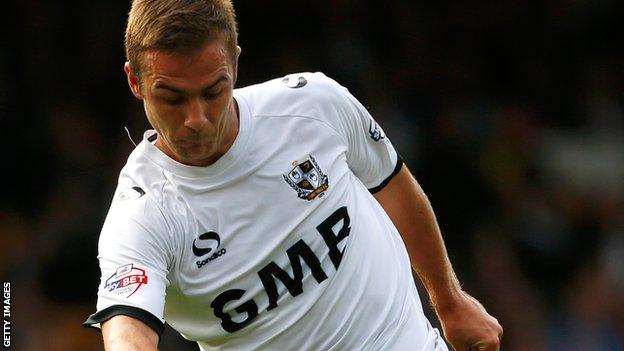 Port Vale came from behind to beat Carlisle and end a run of three successive defeats.

Courtney Meppen-Walter opened the scoring for the visitors when he headed home James Berrett's free-kick.

Carlisle could have extended their lead, but Chris Neal kept out efforts by Danny Redmond and Liam Noble before Ben Williamson's drive levelled it.

Minutes later Vale got their winner when Jennison Myrie-Williams crossed for Tom Pope to head home.

The win enabled Vale to remain 10th in League One, while Carlisle dropped to 19th, just two points above the relegation zone.