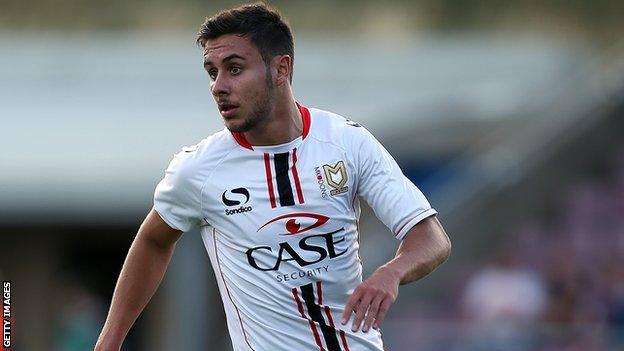 Antony Kay levelled with a powerful header from a Ben Reeves corner.

Dean Bowditch should have put them in front, but home keeper Tyrell Belford denied him before Baldock fired into the top corner to win it.

"I thought first half we deserved to be winning, and we should have killed the game off at the start of the second half.

"We dropped a little bit deep, we looked tired in the second half.

"We concede from a free header from a corner and then we try and win the game and leave ourselves a little bit exposed.

"We're not quite there yet."

"It was just a very good away performance. I said this was big. I think you've seen how we celebrated, how important it was to us all.

"Today, I thought Dele Alli was sensational. But what helped him was Alan Smith. I thought that was his best game in an MK Dons shirt.

"I will put Danny Collinge on. I don't really care how old he is if he's good, he's good. Whether you're 17 or whether you're 49, if you've still got legs and you can still play, I'll put you on."