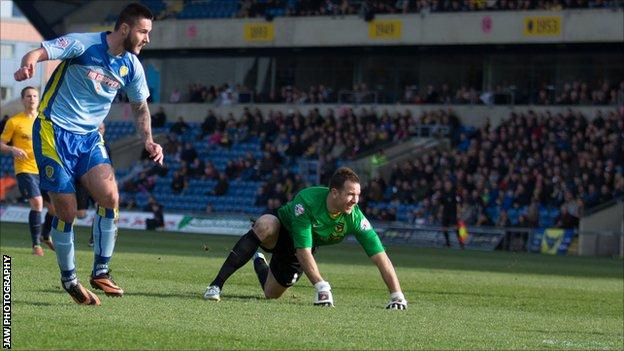 Burton's automatic promotion hopes were boosted with victory at Oxford, whose own aspirations suffered a setback.

Dominic Knowles put Burton ahead after being played in by Zeli Ismail.

Ismail doubled their lead, firing in the rebound after Jimmy Phillips' shot was parried by Ryan Clarke, who soon after saved a Billy Kee penalty.

Oxford rallied and Ryan Williams converted David Connolly's through ball, but James Constable was denied an equaliser when he hit the post.

The result lifted fourth-placed Burton to within two points of the automatic promotion places, with Oxford now six behind the top three.