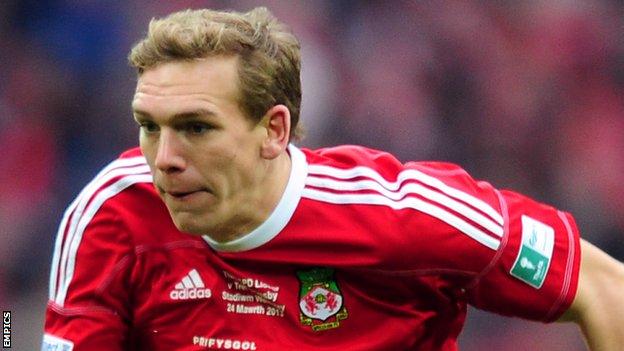 James Norwood fired Rovers ahead, but the U's replied with a Josh Coulson header and Nathan Arnold's finish.

And Jared Hodgkiss nodded in a leveller before Danny Wright's six-yard tap-in won it against his former club, whose automatic promotion bid is dwindling.

Cambridge missed an opportunity to close the gap on leaders Luton, who drew with Salisbury, to 12 points ahead of their meeting on Tuesday night.

"Everyone worked their socks off and you need that. We did concede a few goals during the first half and I was disappointed but we showed a lot of character.

"To win the game 3-2 is a fantastic achievement but this is only one game with three points, we have to look forward to Tuesday now.

"It was a big game for us in a big week, today was a massive test for us and we've come through it.

"In a game where you play four games we won't really train. We just have to help the lads recover and prepare for the games."

"It's a game where we've shot ourselves in the foot, 2-1 up and we miss a penalty, we should go 3-1 up and we lose a goal right on half-time so we've come in at half-time 2-2 in a game we should be well in control of.

"You have to give them credit, they fought hard and got themselves on top of the game.

"We've got to pick ourselves up and go again. It's a game gone, another game closer to the end of the season and we haven't picked up any points so we need to make sure we pick up some points when we start again."