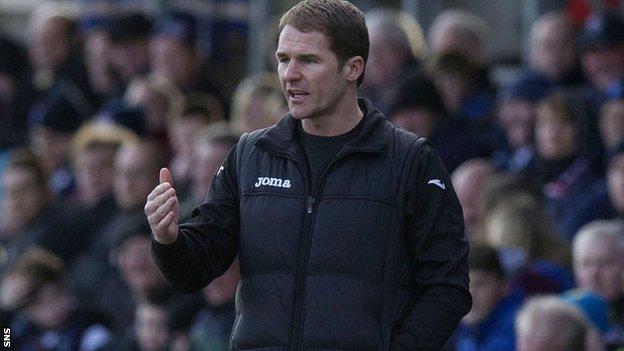 However, he said he was pleased to get a point away from home against one of their main rivals at the foot of the table.

"It was very flat from the off," said Archibald, whose side now sit tenth in the Scottish Premiership.

Archibald was not impressed by the quality of the match and agreed that both sides looked nervous and keen to avoid defeat.

"There was no tempo about the game in the first half and although we started better in the second half the game faded away," he said.

"It's a good point away from home and another point closer towards Kilmarnock and obviously Ross County didn't go above us, which was great.

"If we take the positives from it we are unbeaten against Ross County this season so it all bodes well going into the spilt."

Archibald's thoughts now turn to their next league match against Hibernian in Glasgow.

"We won at home last week so hopefully we can kick on at home as it's something we have not done enough of," he added.