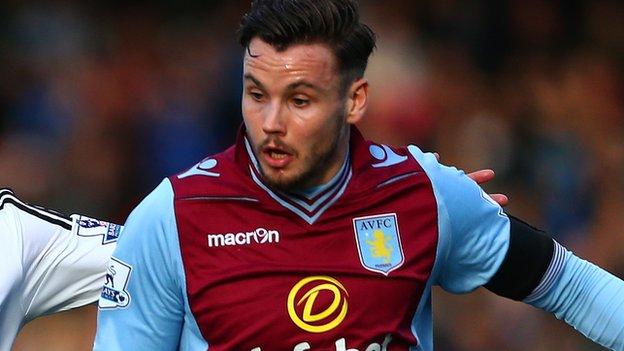 Herd has also withdrawn from Australia's squad for their friendly against Ecuador in London on Wednesday.

Australia coach Ange Postecoglou said: "We have been made aware that Chris will be unavailable for selection at club level until further notice as he works through some personal issues.

Herd has scored seven goals in 79 career appearances. He began with loan spells at Port Vale, Wycombe Wanderers and Lincoln City before making his Aston Villa debut in November 2010.

"We will respect that and have replaced him in the squad for the Ecuador game."

Villa issued a statement on Sunday, following their 4-1 win against Norwich City.

It read: "The club can confirm that, due to personal reasons, Chris Herd will be unavailable for selection until further notice."

The uncapped Herd, 24, was due to link up with the Socceroos on Sunday evening at their training camp ahead of Wednesday's international at The Den, Millwall.

Herd has made only two appearances for Villa this season - the defeats at Fulham and Stoke City in December - and has not figured in the matchday squad since.