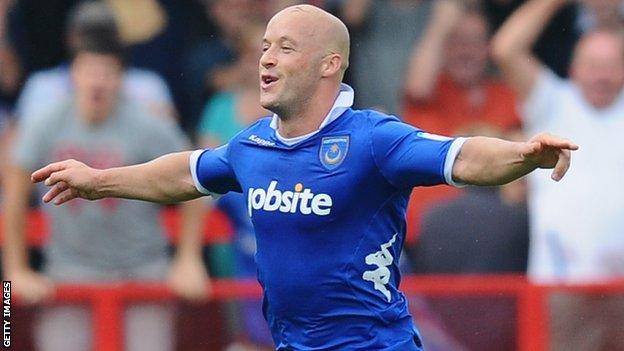 Forest Green Rovers have signed striker Luke Rodgers on a short-term deal until the end of the season.

Rodgers began his career at Shrewsbury and went on to have spells at Crewe, Port Vale, Yeovil and Notts County.

He played up front alongside former Arsenal and France striker Thierry Henry, and scored nine goals in 23 games.

Rodgers left in March 2012 after his visa application was denied.

The 32-year-old then moved to Norway with Lillestrom SK before returning to the UK to join Portsmouth.

He then re-signed for Shrewsbury, but was released in March, and went on to play in Sweden with Hammarby.

"So it will be impossible for the likes of Danny Wright, Lee Hughes and Magno Vieira to play 90 minutes every game.

"What Luke brings is loads of experience, energy and another goalscoring option."

Meanwhile, forward James Norwood has signed a contract extension to stay at The New Lawn until the end of the 2014-15 season.

The England C attacker has scored 13 league goals for the Conference Premier side this season.