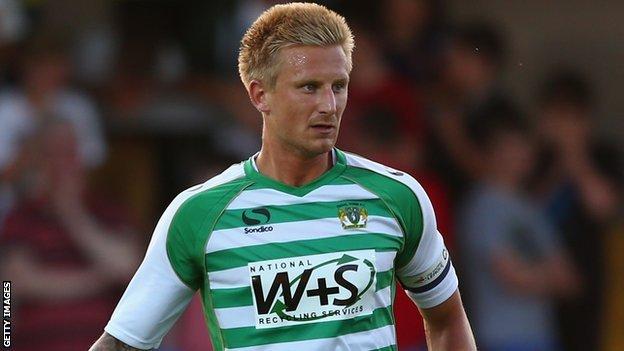 Yeovil have succeeded in their appeal against Byron Webster's sending off in Saturday's 1-1 draw with Reading, in which two team-mates also saw red.

With his side a goal ahead, defender Webster was dismissed on 65 minutes for a foul on Royston Drenthe.

Reading were awarded a penalty, but Adam Le Fondre's spot-kick was saved.

John Lundstram's own goal levelled the score and Yeovil ended the game with eight men after Joe Ralls and Kieffer Moore were also sent off.

Ralls and Moore will both now serve suspensions but Webster will be available for selection in Saturday's game with Sheffield Wednesday.