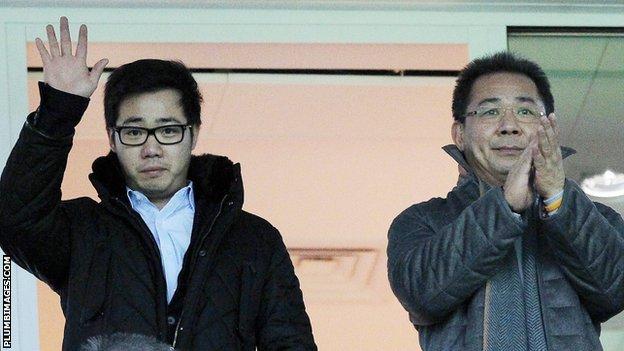 Leicester City insist they are in a "strong" financial position, despite a £34 million loss in the 2012/13 season.

A fall in ticket sales and revenue contributed to the £4.3m increase in losses from the previous year.

But City say the figures also reflect the purchase of the King Power Stadium, and that important progress has been made meeting Financial Fair Play rules.

While the losses are the biggest in the club's history, these figures show the incredible job Nigel Pearson and his management staff have done to keep a team capable of leading the chase for Premier League status on track.

Some of the high earners have been moved on and it's now a team who look better and stronger.

But let's not ignore the fact that the Foxes have lost £34m and such a loss next year would lead to a £20m plus fine. That would certainly dampen any Premier League promotion party.

There's certainly work to do to improve turnover and cut the wage bill, but remember this could have been a lot worse.

To fit within the Football League's Financial Fair Play regulations the work needs to speed up somewhat. Promotion would help enormously.

Chief executive Susan Whelan, said: "In terms of long-term sustainability, the club is in a very strong position."

Although the Foxes did not invest heavily in players in the summer, they have had an excellent season on the pitch and are top of the Championship table, leaving them in a great position to win promotion to the Premier League.

Whelan added: "We are highly confident of achieving compliance with the Football League's Financial Fair Play regulations during the current season, regardless of divisional status.

"While the headline figure in these results represents a greater loss than in previous seasons, they should be set within in the context of an industry undergoing significant change."

"The Srivaddhanaprabha family seek to deliver their vision of sustainable, long-term success through continued, strategic investment," she said.

"The transfer of the club's debt into equity and the purchase of the stadium are momentous gestures of their commitment."