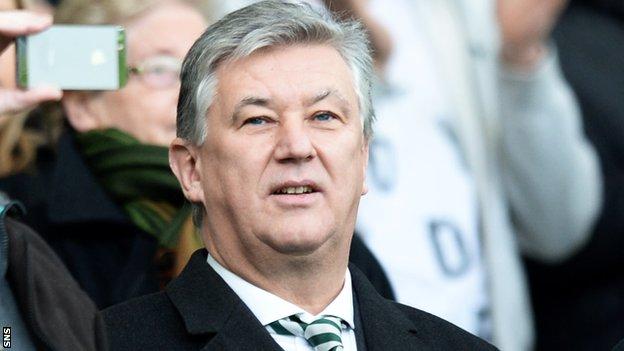 Celtic chief executive Peter Lawwell has been elected to the executive board of the European Club Association.

He joins other existing board members including chairman Karl-Heinz Rummenigge of Bayern Munich and AC Milan's Umberto Gandini.

"This is a tremendous honour and a role which I very much look forward to," Lawwell told Celtic's website.

Edwin van der Sar of Ajax and Arsenal's representative Ivan Gazidis also feature on the board.

"European football is an ever-changing landscape and from the perspective of Celtic, it is vital that we ensure we are at the heart of the action and at the centre of discussions regarding the development of the game," said Celtic's chief executive.

"As we look to the future, I look forward to representing Celtic, Scottish clubs and the other clubs in Europe to ensure that the voice of these clubs and their supporters is heard."

The reigning champions are 21 points clear at the top of the Premiership and are close to a third straight title.