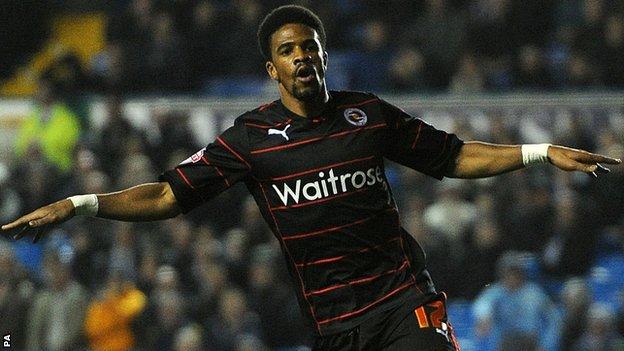 Brian McDermott's Leeds were beaten at home against his old club Reading.

Garath McCleary put the visitors ahead after a misplaced pass from defender Marius Zaliukas, before Royston Drenthe's free-kick doubled the lead.

Nick Blackman scored a diving header from Danny Guthrie's cross, before Hal Robson-Kanu's half-volley made it 4-0.

The hosts scored twice in a minute as Matt Smith converted a header from Rodolph Austin, who then fired home from 25 yards, but it was not enough.

It was another damaging home defeat for Leeds, who lost 5-1 to Bolton at Elland Road on Saturday, prompting McDermott - 12 months after he was removed by Reading - to limit his programme notes to just three paragraphs this evening.

Kick-off was delayed by half-an-hour after players, match officials and spectators were delayed by traffic congestion on the M62.

And Leeds fans must soon have been wishing the game had not started at all as their side headed for another damaging loss.

The response at least offered some encouragement for under-pressure McDermott, although it is Reading who continue to harbour promotion ambitions.

The Royals consolidated their place in the top six, even if they have played more games than most of their rivals.

"They were three very valuable points.

"We were excellent in the first half and deservedly went in one up. We expected Leeds to come at us in the second half but we went on the front foot to score three quick goals.

"Then a goal went in to lift them and it was immediately followed by a wonder goal from Rudi Austin. The place was bouncing but we showed great character to defend because they really went for it."