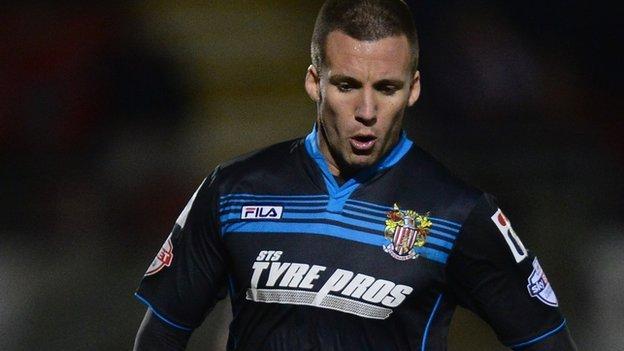 Stevenage snatched a vital point in their battle for survival in League One as they held promotion-chasers Preston.

Tom Clarke put the visitors ahead by stabbing in Jack King's free-kick after it was knocked down by Kevin Davies.

Preston kept their lead into the final minutes but Stevenage's Jimmy Smith drove through a busy box and past Declan Rudd to equalise.

Darius Charles then shot wide of the post and saw a long-range effort well saved as the Boro threatened to win it.

The result leaves Preston six points behind second-placed Leyton Orient in the race for automatic promotion, whilst Stevenage climb out of the relegation zone at Tranmere's expense.

"The top six sides are where they are for a reason. I thought we played the first half a little bit in awe, maybe of some of their reputations.

"It took us half the game to get going, in the first half we didn't show a lot of composure. It was a bit haphazard.

"I thought we deserved something out of the game. Tonight we weren't prepared to be edged out.

"We found that little bit extra, we could easily have won the game."