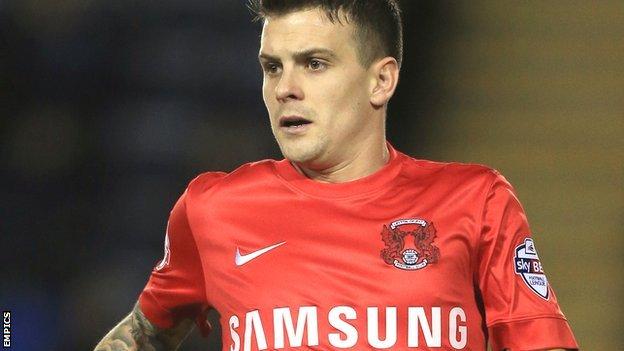 Leyton Orient boosted their automatic promotion hopes with their first victory at Port Vale in 57 years.

Orient were forced on the defensive for much of a scrappy opening period, with Ben Williamson and Adam Yates both missing good chances

But Dean Cox's superb strike put the visitors ahead before the break.

And after repelling a period of Vale pressure, Nathan Clarke's close-range header sealed the win and ensured the O's stayed second in League One.

Vale piled forward in an increasingly open contest after Clarke's fine header from a Lloyd James corner made it 2-0.

The hosts hit the bar through Billy Knott and twice had goals ruled out.

But the O's also had several decent opportunities, notably through Chris Dagnall who twice went close.

And although they could not add to their lead, they held firm to keep the pressure on leaders Wolves - who won at Swindon - and Brentford, who beat Tranmere Rovers.

"When you lose games of football, which is going to happen, you want to do it showing plenty of enthusiasm and effort, and there was plenty of that tonight.

"I thought we were slightly unfortunate to be going in at half-time 1-0 down.

"I thought we kept going, looked sharp and, right from the kick-off, we really unsettled them and they'll admit they've been in a game tonight."

"I didn't think we started fantastically well and were a bit sloppy but we grew into the game and scored a wonderful goal to get us in front.

"Vale Park is a big old ground with a lot of tradition and it is a difficult club to come to and get results.

"I've always felt when you come to Port Vale your wide players are so important as it is such a big surface and playing area.

"It is important to keep a momentum going.

"We've created records already this season but we can't stop here. We have to go right to the end as there is so much more to play for."