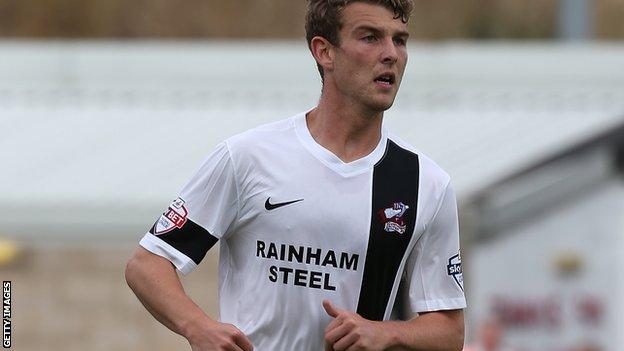 Scunthorpe made it a club record 20 matches unbeaten but missed the chance to go top of League Two after Southend retrieved a two-goal deficit.

Matt Sparrow hit a powerful left-footed drive into the roof of the net and Sam Winnall turned in an inswinging cross to put the Iron 2-0 ahead.

But defender John Egan volleyed in from 35 yards to give the visitors hope.

Scunthorpe goalkeeper Sam Slocombe then allowed John White's cross to drop over his head into the goal.

The Iron suffered a blow before the game when in-form midfielder Sean McAllister was ruled out with a minor calf strain picked up in training on Friday.

But experienced replacement Sparrow quickly made his mark to put his side on their way to breaking a record set by Nigel Adkins' League One title-winning side of 2006-7.

Shortly before half-time Winnall was on hand to score his 19th goal of the season by turning in Gary McSheffrey's cross to leave the home team looking comfortable.

Egan's spectacular long-distance effort on the hour brought the away side back into the game, before White's speculative cross deceived Slocombe and rescued a point for the visitors.

Scunthorpe remain second in League One, but have now drawn nine of their last eleven games, while Southend occupy the last play-off position.

"We're disappointed, of course we are, but it's totally different to the other games where we've thrown away a two goal lead.

"A game of two halves - we were absolutely magnificent in the first half, we passed it around, created opportunities

"We knew at half time Southend had to be better, and to be fair to them, they did to us what we did to them in the first half.

"We move on, results have gone our way again and it becomes a 10-game season."