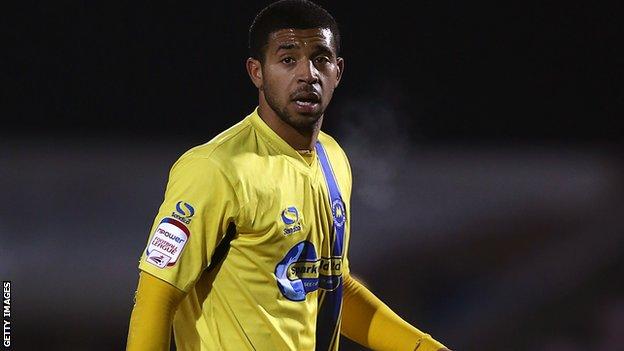 Torquay earned a priceless victory in their fight against relegation as Joss Labadie's late goal secured all three points against in-form Rochdale.

Krystian Pearce nodded Torquay in front from a free-kick, but keeper Martin Rice's parry gave Jamie Allen the chance to tap in a Rochdale equaliser.

Labadie poked his side ahead from close range, before Dale's Oliver Lancashire was sent off for a second booking.

The 1,627 fans at Plainmoor had seemed resigned to witnessing yet another game pass the Gulls by without a win, before Labadie - who faces an FA misconduct charge for an alleged biting incident - made his crucial intervention.

Pearce was also key to Torquay's victory, with a series of vital tackles and interceptions at the back, although Torquay rode their luck when Lancashire's header hit the post midway through the second half.

Torquay's first win in seven saw them remain seven points adrift of safety, while Rochdale stay in third place in the table.