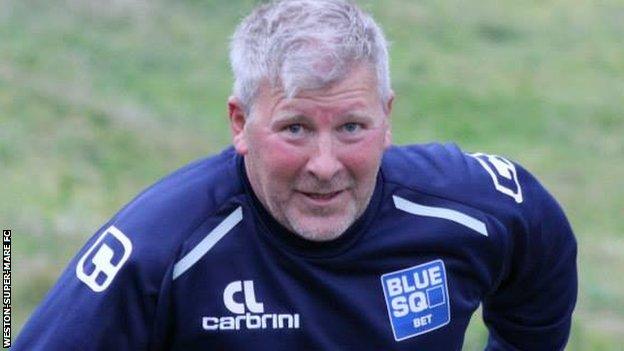 A statement on the club website said the board had "no alternative" but to dismiss Laird after he stalled on signing a new contract and asked for an extra £42,000 in his budget.

He was appointed in the 2010-11 season having previously managed Bridgwater.

Weston have not yet confirmed who will take caretaker charge of the first team for Saturday's game with Whitehawk.

The Seagulls finished in their highest-ever league position last term - seventh in the Conference South - and currently occupy the final play-off place in the league by two points.