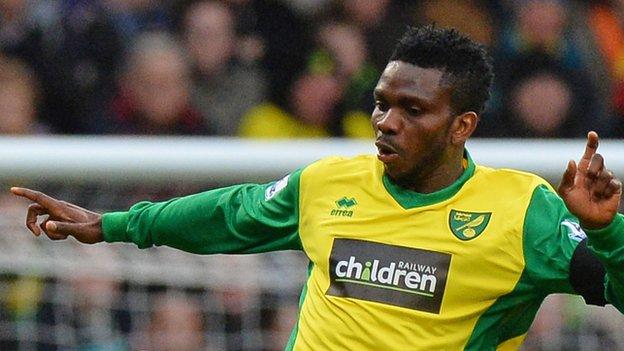 Nigeria will have to do without captain Joseph Yobo for their friendly game against Mexico in Atlanta on Wednesday.

Yobo, 33, who has not played for Nigeria since they won the Africa Cup of Nations in South Africa last year, has suffered "an undisclosed strain".

The Norwich defender has been replaced by 25-year-old uncapped German-born defender Leon Balogun.

Balogun, who plays for German second division side Fortuna Düsseldorf, has a Nigerian father and a German mother.

"The game against Mexico is crucial for players like Balogun and others who are keen to make a good impression ahead of the World Cup."

Wednesday's game will kick off at 2030 local time (0130 GMT on Thursday) at the Georgia Dome Stadium in Atlanta, Georgia.

According to the organisers, more than 60,000 tickets have already been sold for the game, in what will be the largest crowd ever to attend a professional football match in Atlanta.

The previous record was 54,229 for the 2013 Gold Cup double header at the Georgia Dome.