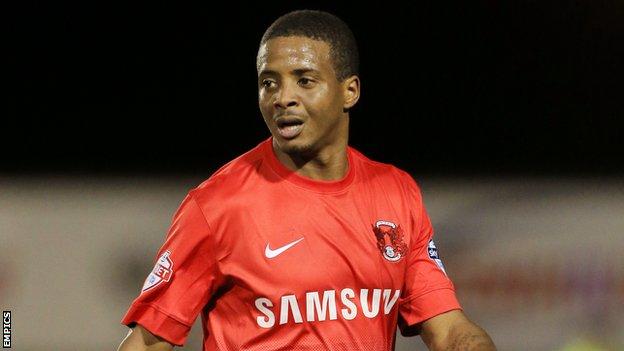 Leyton Orient striker Kevin Lisbie has signed a one-year contract extension with the League One club.

He told the club website: "It wasn't a difficult decision at all. I've said before how much this club means to me and I want to finish playing here.

"I still feel like I have a few years left, but it's about taking it one year at a time and seeing how far we go."

Former Charlton trainee Lisbie joined the O's in 2011 after leaving Ipswich and has scored a total of 42 goals in 105 matches for the east London side.

He described Orient as "a family club" and added: "We've got a great group of players here and I love being a part of it. I feel like I've needed a club like this my whole career.

"I feel right in the middle of things, it was my local club as a boy and I have a lot of family and friends in the area. The dream now is to be on the pitch with my family there celebrating promotion at the end of the season."

Orient are currently second in League One, but only behind leaders Wolves on goal difference, as they look to return to second tier of English football for the first time in 32 years.

Manager Russell Slade said Lisbie had been "instrumental" in their success so far this season and added that the striker was "a real joy to work with".

He added: "Kevin has had another really good season for us and I'm over the moon that he'll be staying with us.

"He's still got plenty to offer us on the pitch and also offers a great deal to the younger players in the group with his advice and guidance."