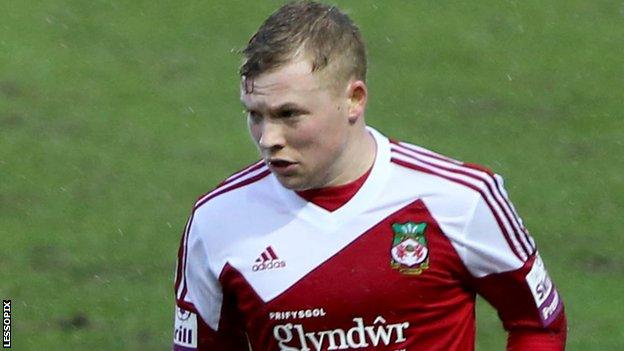 Wrexham midfielder Elliott Durrell is to have a knee operation and will miss the rest of the season.

Durrell joined Wrexham from Hednesford Town in January and has made three appearances for the Dragons.

But the 24-year-old has been troubled by a knee injury and he will now have keyhole surgery to clean out floating debris.

He will be sidelined for six weeks but Wrexham confirmed the player would now not return until next season.

"The decision has been taken to perform the surgery early and then give him the summer to be fully recover and be fully prepared for the important pre-season.," Wrexham said on their official website.