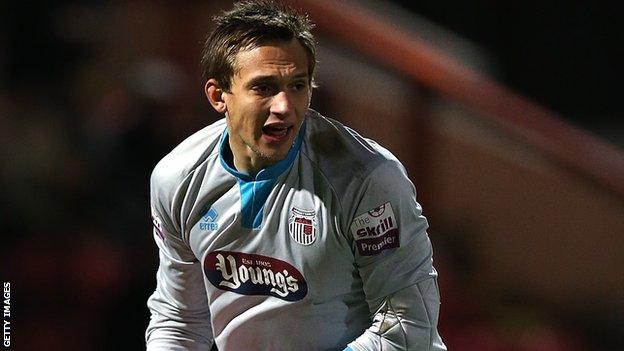 The former Peterborough and Republic of Ireland Under-21 keeper's existing deal expires in the summer.

The 24-year-old, who joined Grimsby in 2011, has been an ever-present in the Conference Premier this season.

"I've spoken to the club. I am happy here. My family are settled. Whatever does happen it's got to be right for them," McKeown said.

"When I originally came to Grimsby I didn't have a child. Now that I do, I have to think carefully about it. My decision won't be made overnight, it'll take time.

"If we get promoted it looks good from everyone's point of view. It would help, it'd be silly to say it wouldn't."