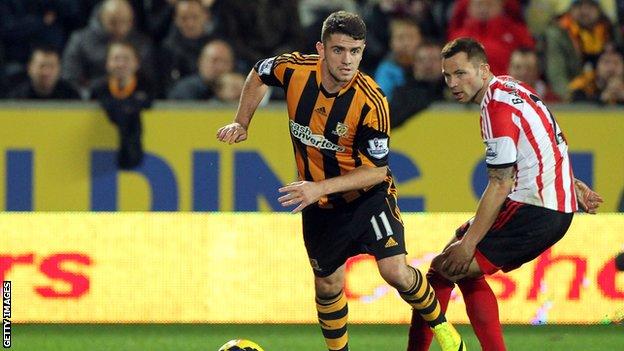 Hull City midfielder Robbie Brady will miss the rest of the campaign after undergoing surgery on a groin injury.

Brady, 22, has struggled with injury this season, playing in only 16 of Hull's 28 Premier League matches.

The Republic of Ireland midfielder will focus on getting fit for next season.

"He's had the operation and is in recovery mode. He's got a long summer ahead of him and we hope to see him at the start of next season", Hull manager Steve Bruce said.

In October, Brady made a quicker-than-expected return to Bruce's side after a hernia operation.

He then missed seven matches in December and January with a groin problem, before suffering a recurrence of the injury in February.