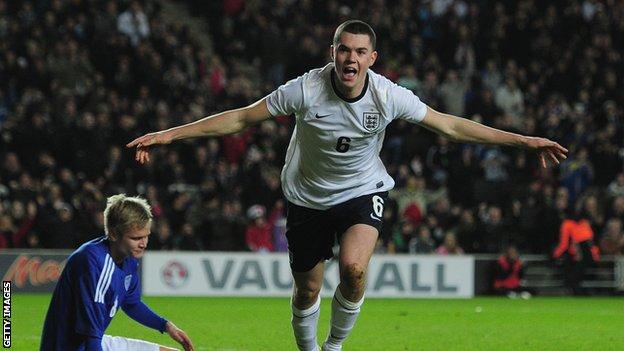 Blackburn have signed centre-back Michael Keane on loan from Manchester United for the rest of the season.

The England Under-21 international moves to Ewood Park as cover for captain Grant Hanley, who has been struggling with a calf injury.

He is highly sought-after. He has had a good education with Manchester United

Keane could make his debut in Sunday's Lancashire derby against Burnley.

"I've got a bit of experience now in the Championship and I know what it takes to play well in these games," the 21-year-old told the club website.

"I'm looking to play well on Sunday and hit the ground running and keep that form up.

"I'm sure it will be a tough game but I'm confident we can get a result.

"I'm really looking forward to it. I hope it's my debut and I'll make sure I'm ready to do well."

Keane has made three League Cup appearances for United, with the majority of his senior football coming during loan spells at Leicester and Derby.

"He has had a good education with Manchester United and he has got experience already in the Championship with his time on loan at two top clubs."

Keane's arrival will compensate for the struggling Hanley, who missed last weekend's 4-0 defeat at Bolton with injury and was also forced to withdraw from the Scotland squad for Wednesday's 1-0 win in Poland.