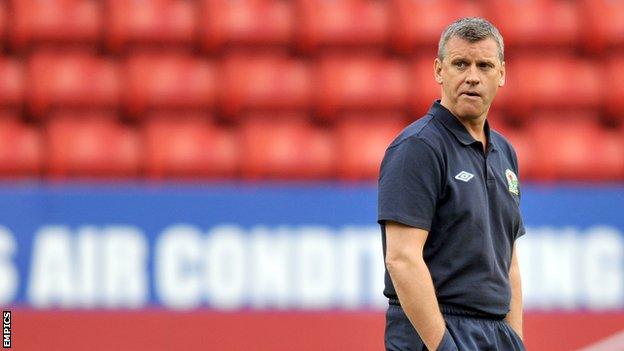 Black, 50, has taken an advisory role with the Championship club, assisting caretaker-boss Barry Ferguson for two days a week and also on match days.

He had six games in temporary charge of Blackburn Rovers last season.

"I've got the man that I want in place. He brings loads of experience and unbelievable football knowledge," Ferguson told the club website.

The 36-year-old added: "He has worked at Premier League level and the Championship, which is what I want. He is at a good age and is hungry to work with me, so I'm delighted."

Blackpool have failed to win any of their past 17 games in all competitions, a run that stretches back to the end of November.

The Seasiders lie 19th in the Championship, eight points above the relegation zone, and host Bournemouth on Saturday.