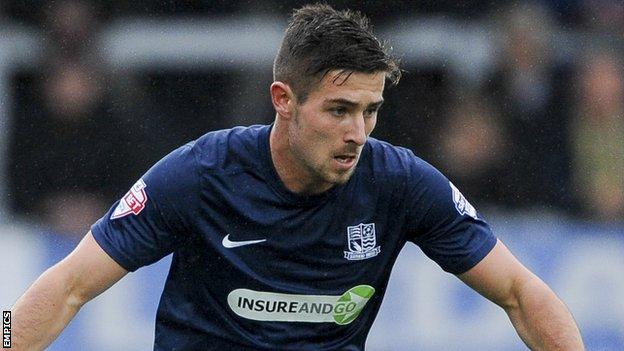 The 21-year-old has played 35 times for the League Two side this season, scoring six goals.

Boss Phil Brown has transformed the former full-back to a holding midfielder this season.

"I've had the best season of my career so far," he told the club website. "I want to continue my development and this is the perfect place to do that."

Brown added: "I've been pleased with his progress this season and has added goals to his game which has also been important for us.

"He's got a big future in the game and I'm delighted that he's going to be staying with us for the future."