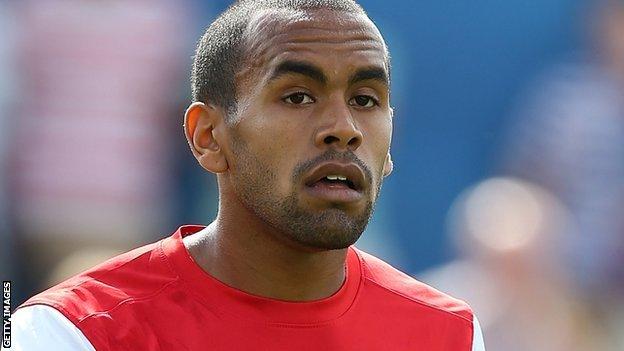 The 24-year-old joined United on a free transfer from York City in January.

Daggers manager Wayne Burnett told the club website: "Ashley is someone who we hope will enhance the group and I'm looking forward to working with him."

Chambers began his career at Leicester City and, when he made his debut in 2005 aged 15, was the Championship's youngest ever first-team player.

Since then, he has had spells with Wycombe and Grimsby, as well as York, making a total of 154 appearances so far in his career, scoring 26 goals.

He enjoyed two appearances at Wembley for York in May 2012 - firstly providing two assists in the FA Trophy final against Newport County and then scoring the opener as the club were promoted to the Football League a week later.

He has made four appearances for current parent-club Cambridge.