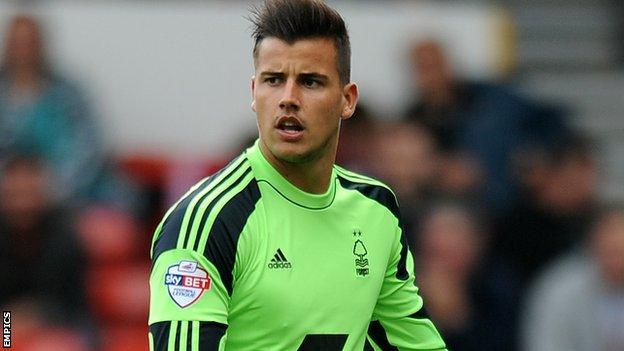 Nottingham Forest's poor run of form continued as they were held to a goalless draw by struggling Doncaster.

The visitors were frustrated by home goalkeeper Karl Darlow, who blocked shots from Ritchie Wellens, James Coppinger and Mark Duffy.

Billy Davies's side have now failed to win in seven games in all competitions.

Forest remain in the Championship play-off places, but drop to sixth having taken just two league points from their last six fixtures.

Davies was able to take his place on the touchline after serving two games of a five-match ban as he has appealed against the rest of the punishment.

However, he would have been unhappy as Doncaster, who remain 20th, created numerous opportunities to open the scoring.

But they were repeatedly frustrated by Darlow to keep the scores level.

Yet Majewski nearly won it for the hosts late on as his spectacular volley produced a fine save from Johnstone, before substitute Derbyshire should have hit the target with his header.

"We are frustrated with the result. In the first 20 minutes we were on top, we created some good chances and we were disappointed not to have got the three points.

"But the good thing about the Championship is that we have a fantastic game coming up next weekend at Derby."

"We are delighted to take a point and a clean sheet, but part of me is slightly disappointed not to take the win.

"They are a top team in this division, but some of the football we played was fantastic. We created numerous chances."