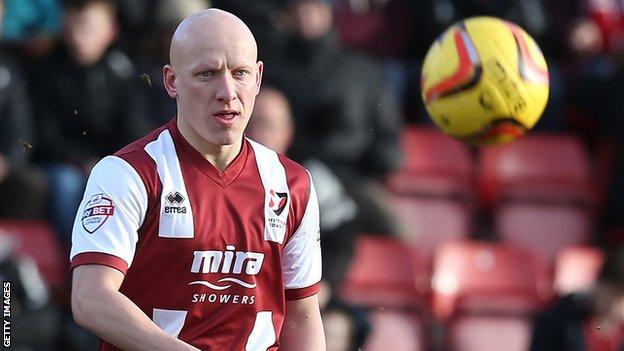 Torquay's relegation worries deepened as they were beaten by Cheltenham.

Matt Richards scored the only goal of the game as he fired a left-footed volley into the bottom-right corner.

Earlier Scott Brown turned Jayden Stockley's header over the bar and Courtney Cameron also lifted an effort off target for the Gulls, while Jamie Cureton shot wide for the hosts.

Shamir Goodwin almost equalised in injury time but his effort was cleared off the line by Ashley Vincent.

The defeat leaves Chris Hargreaves' side bottom, seven points from safety while the Robins are five points off a play-off spot.

"It was not a great one to watch if I'm being honest, but you do get games like that and it's important to pick up points when you've not played well.

"We're not playing well as we have in the past seasons, but we could have been 2-0 up as we had a few chances.

"Without breaking any pots, we're picking up points, getting decent clean sheets and the odd win. It's nice to be looking up at the top end of the table."