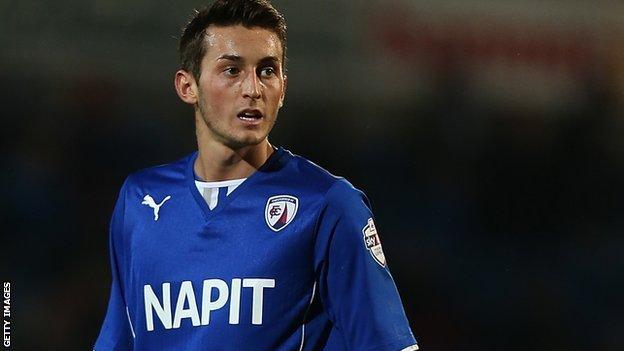 Chesterfield remain one point clear at the top of League Two as Oxford United's promotion hopes were dented.

The U's had two men sent off in the final 10 minutes - Tom Newey for a tackle on Banks and Michael Raynes for two bookings.

And Roberts latched onto a throughball to compound Oxford's misery late on.

The U's, who finished the game with eight men after Johnny Mullins was taken off on a stretcher, are now winless in six games and have drifted eight points away from the automatic promotion spots.