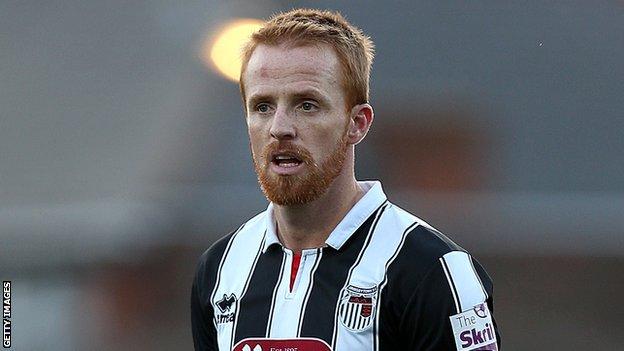 The Mariners had the better of the first half and Scott Neilson beat Andy Coughlin to give them the lead.

Wrexham were level before the interval when Shaun Pearson deflected Johnny Hunt's low cross into his own net.

But Disley headed home a cross from Aswad Thomas with three minutes left and Cook muscled his way through for a third in stoppage time.

"The boys in there are lower than they've been but it could get worse before it gets better and that's what is the reality of the situation that we're in. They're desperate to do well.

"The next week will resolve the manager's position one way or another but I keep saying to the boys it's them that's going to be here regardless of who is stood in the technical area.

"It's them that have to make sure that the teams below are not creeping up because it's a precarious position with nine games left."