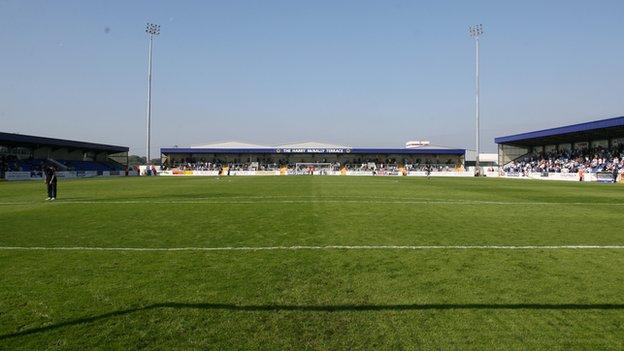 Shaun Harrad's second-half penalty secured victory for Alfreton at the expense of Chester, who remain in Conference Premier relegation trouble.

But, just a minute after slicing wide of an open goal, John Akinde redeemed himself by earning Alfreton's penalty.

The striker was brought down on 66 minutes by home keeper Aaron Chapman, who was sent the wrong way by Harrad.

Alfreton's victory lifted then briefly to second. But, within an hour of the end of the game, they dropped back down to third when the Conference revealed that they had been deducted three points for fielding an unregistered player in the 3-1 win at Kidderminster Harriers in December.

After a second successive defeat, Steve Burr's Chester slip to 20th, just two points clear of safety, ahead of Tuesday's important home meeting with Merseyside rivals Southport - themselves in trouble near the bottom.