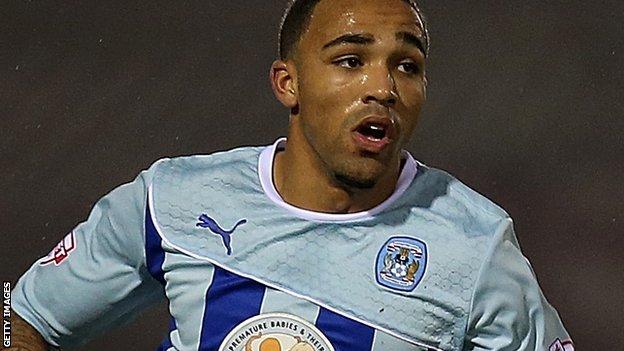 Callum Wilson scored in the second minute of injury time to rescue a point for Coventry City against Port Vale.

Chris Neal denied Wilson less than two minutes later and Murphy tipped a Tom Pope effort over before the break.

Ben Williamson made it 2-0 with a point-blank finish, only for Jordan Clarke to pull one back with a header before Wilson completed the fightback.

Wilson's solo effort to score his 19th goal of the season, and fourth goal in four games, moves the Sky Blues five points away from the relegation places.