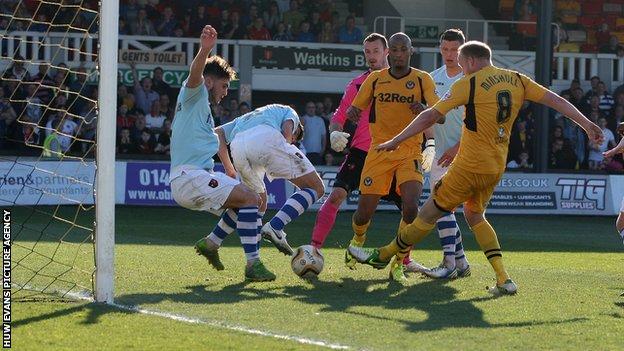 Newport came from behind to earn a point against League Two strugglers Exeter City.

After a poor first half the Grecians went in front after Newport centre-back Harry Worley headed into his own net.

Within a minute County were level, Lee Minshull poking home after Exeter goalkeeper Arthur Krysiak had dropped the ball.

Exeter are three points clear of the bottom two in 21st, four points behind 14th-placed Newport.

The result means both sides have only won once in their last 14 games.