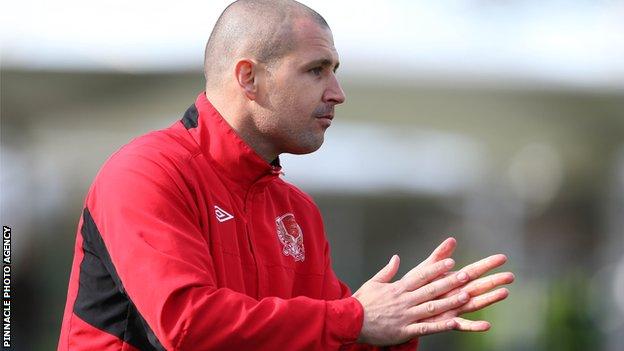 Jersey stepped up their preparations for the Muratti Vase final with a 1-0 win over the Royal Navy at Springfield.

Substitute Cav Miley's deflected shot early in the second half was the difference between the sides.

"The building blocks are there, the boys are trying to express themselves and we played with a certain degree of freedom in the team today."

The island side will face either Alderney or more-likely Guernsey in the annual Muratti on 11 May at Springfield.

"We don't get many opportunities to perform together frequently," added Culkin.

"We know what we're going to face against Guernsey [or Alderney].

"We've got a little bit of work to do and we'll be making a go of it."