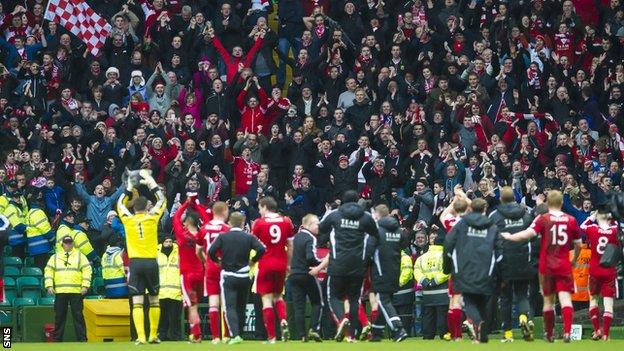 Aberdeen are believed to have approached the Scottish Professional Football League to request more tickets for the Scottish League Cup final.

The Dons have sold their 40,000 allocation for next Sunday's match against Inverness Caledonian Thistle at Celtic Park.

However, Aberdeen say there is a demand from supporters for more tickets.

Caley Thistle fans have purchased 7,000 tickets for their first ever final in the tournament.

This season's final is being played at Celtic Park instead of Hampden, which is being renovated for the Glasgow 2014 Commonwealth Games.