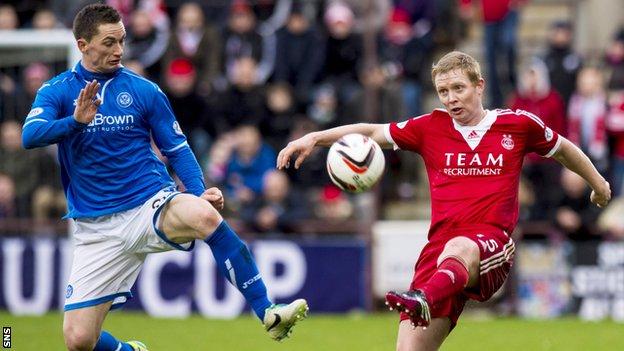 St Johnstone will face Aberdeen in the Scottish Cup semi-finals, while Dundee United will play the winner of a replay between Albion Rovers and Rangers.

United hammered Inverness Caledonian Thistle 5-0 in the Highlands in the first of Sunday's ties.

And Rovers claimed a 1-1 draw at Ibrox to force a replay against Rangers on 18 March.

That match is likely to take place at Hamilton Academical's New Douglas Park.

For Aberdeen and St Johnstone, the semi-final is a repeat of their last-four meeting in the Scottish League Cup, which the Dons won 4-0.

The Pittodrie side take on Inverness in the final of the competition next Sunday.