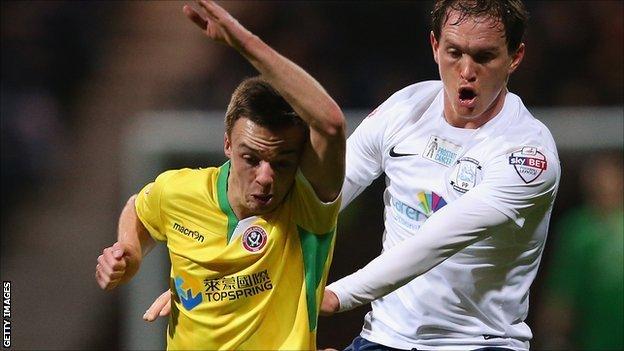 Preston are seven points off the top two after drawing with Sheffield United to end the Blades' 10 game-winning run.

Blades keeper Mark Howard made an early save from Craig Davies while Joe Garner headed wide for Preston.

Paul Gallagher forced a fine low save from Howard moments before a Michael Doyle handball in the box.

The result leaves Preston in fourth in League One, while Sheffield United are 10th and 10 points away from the play-off places.