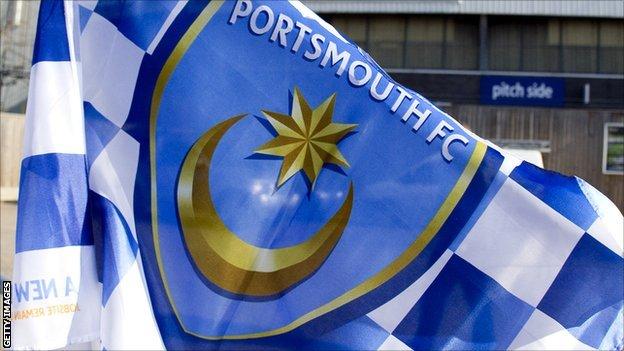 Portsmouth's chief executive Mark Catlin says the playing budget will be increased next season to help launch a promotion bid.

Pompey's budget is now 20% higher than it was in August, largely funded by an average attendance of over 15,000.

"We are convinced we can increase our playing budget for next season and give us even more chance of success."

Someone like Jed is a player we'd like to build the team around. He is young, loves the club but wants to keep his options open

He continued: "Richie [Barker, manager] has already identified players he would like to bring in for the summer.

"Every player is still trying to earn their contract - Richie wants players to be hungry and fighting for contracts.

"We are not budgeting for an increase in crowds. It is cost saving and other inventive ideas we have generated that will be able to hand Richie a significant increase next season."

Catlin added the League Two club will also consider compromise agreements with players whose contracts run beyond the summer, but that are not in manager Barker's plans for next season.

Pompey, who currently have a first-team squad in excess of 30, have a number of players who signed two or three-year deals last year.

And Catlin said it is standard practise to consider working out a deal to release individuals deemed surplus to requirements.

"It is something we have considered," explained Catlin. "Not with individual players but as a club and as a board we want to give Richie the best chance of building his own team as quickly as possible in the summer.

"There is no point if there are players who don't feature in Richie's plans just taking a wage each month and taking a place on the training pitch, so there is always the option of compromise agreements."

Portsmouth are also refusing to give up on keeping hold of young midfielder Jed Wallace.

Wallace, 19, is out of contract in the summer having failed so far to agree terms for a new deal.

He has been attracting the interest of several clubs, but Catlin says they will look at the situation towards the end of the campaign.

"Unless Jed knocks on the door and asks to sign on the dotted line it's one we'll look at at the end of the season," he said.

"Someone like Jed is a player we'd like to build the team around. He is young, loves the club but wants to keep his options open."