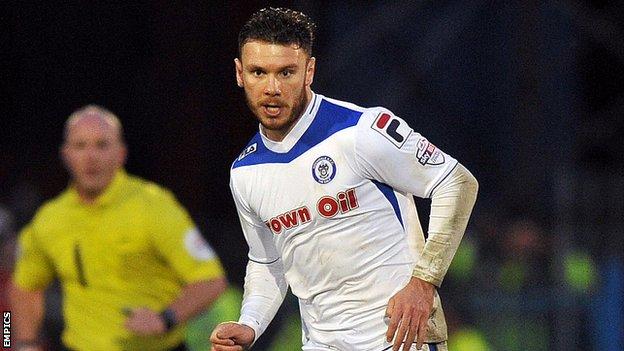 Rochdale have been boosted by news that top scorer Scott Hogan's knee injury is not as serious as first feared.

The 21-year-old, who has scored 19 goals for the League Two club this season, was hurt in the first half of Friday's 0-0 draw at local rivals Bury.

Dale manager Keith Hill has not put an exact timescale on his return, but has confirmed Hogan should be back before the end of the campaign.

"He'll be fit for the last part of the season so it's not a season-ending injury, which is encouraging for the talisman that we've had this season," he told the club website.

Rochdale are currently third in the table, a point behind leaders Chesterfield.