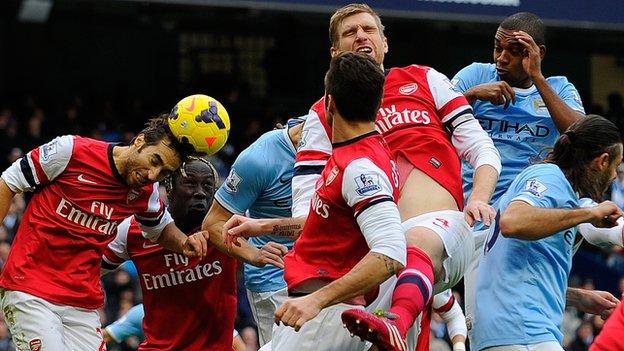 South African fans will get a taste of the English Premier League thanks a two-day fan park that will be opened in Johannesburg at the end of March.

Five matches, including Arsenal v Manchester City, will be broadcast live on a giant screen on the 29th and 30th.

The free event, which is being held for the first time, will host 12,000 fans each day at Zoo Lake Sports Club.

In addition, former Liverpool striker Robbie Fowler and ex-Chelsea and France captain Marcel Desailly will be in attendance at the event which is the first

Fans will also have the opportunity to have their picture taken with the Premier League trophy.

South Africa and Everton star Steven Pienaar, who grew up in Johannesburg, said: "South African fans are very passionate about their football and this is a great way for them to watch the Premier League.

"I am sure the people will embrace it and it will be another special sporting occasion in my country."

Admission will be on a first-come, first-served basis, with the site opening at 12:00 (local time) and Saturday's first game - featuring champions Manchester United against Aston Villa - will be shown live on a 100m square screen (the biggest in South Africa) from 14:45.

As well as watching the games, fans can showcase their own skills in 'The Pitch Zone' where they can test their accuracy, close control and shooting power.

South African fans can keep up with the latest developments about Barclays Premier League Live at the website and should also look out for Twitter updates.